The Grace of the Masters in Atma Kriya Yoga 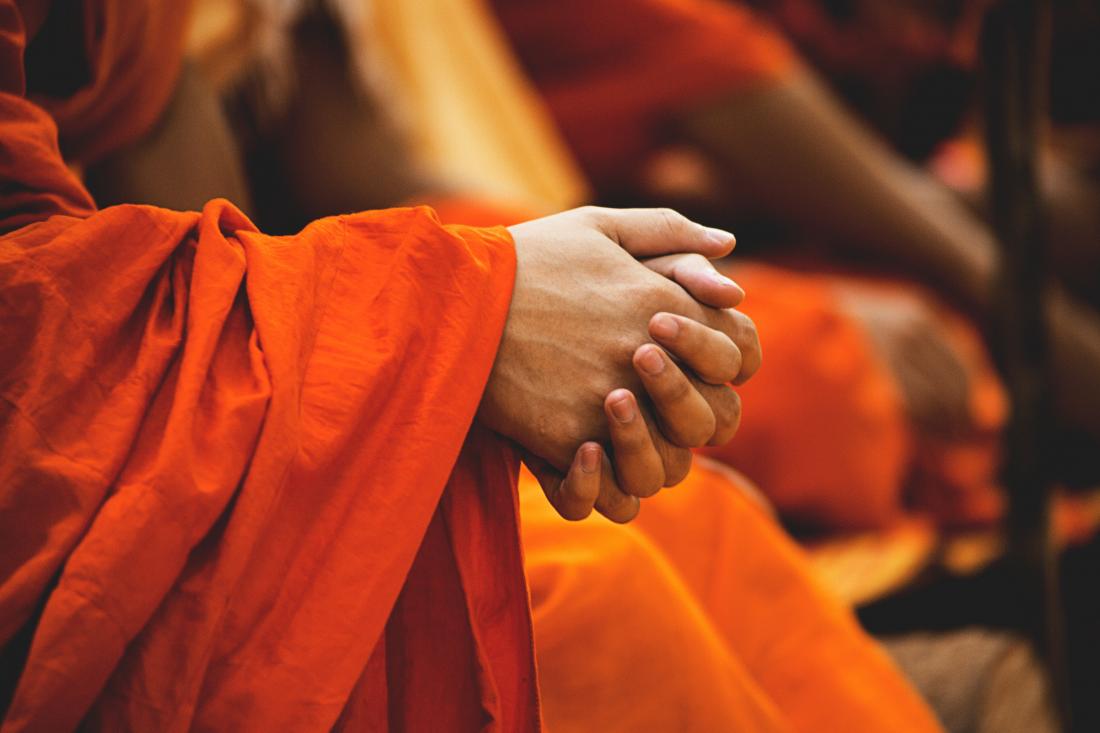 In yoga, there is a belief that one’s progress is proportional to the effort that one makes. This may be true of many things in life, like training for a marathon, losing weight or studying for an exam, but it doesn’t apply when a Satguru is involved with your spiritual progress. The Satguru amplifies your efforts many-fold, and that’s what is called Grace.

Atma Kriya Yoga is full of grace from Paramahamsa Sri Swami Vishwananda and Mahavatar Babaji.   So how does this happen? It’s a fascinating question that every Atma Kriya Yoga student should understand. It gives one a deeper appreciation of what is really happening when you are practising Atma Kriya Yoga and the role that the Masters are playing in your spiritual life.

Paramahamsa Sri Swami Vishwananda is a fully realised living Kriya Yoga Master. He is constantly aware of His relationship with God and He is following his spiritual dharma as ordained by God. In common language, we can say that He is a Guru, however, He is not just any kind of Guru, He is a Satguru. Therefore, we should first distinguish the difference between a Satguru and a Shisha Guru.

A Shisha Guru teaches about a certain subject. It could be about spirituality, maths, science, history, anything. A Shisha Guru’s answers will always be the same because they are teaching from scripture or from their own experience, so their role is primarily to impart knowledge.

On the other hand, a Satguru, in the field of spirituality, has far more than the knowledge of God, they have the direct experience of God. There is no longer the difference between them and God and that is because they are fully surrendered to God and are always in that state of God-consciousness; what in yoga is termed Atmanivedan Bhakti or Nirvikalpa Samadhi.

Having a Satguru in one’s life is the greatest spiritual blessing that one can have, because they are literally God in form. The Satguru is an expression of God’s love for us, they know what is holding each one of us back from liberation, what is needed to free us of all the negativity or maya that we have acquired from many lifetimes.   Even the physical body of the Satguru is unique. If you were clairvoyant, you’d see that the person standing there is just cosmic light. Even the cells of their body are not normal and that’s because even a single hair of theirs is God’s pure love, God consciousness, the limitless in form. This is the law which God has placed: that it is necessary to have the physical touch of the Satguru for divine grace to be fully brought into the world. The human body, on the one hand, is limited, but the physical body of the Satguru becomes a bridge between the physical, material world and the spiritual, unlimited world. That is why they are the greatest blessing on one’s spiritual path. They are the bridge that allows one to attain the goal of yoga, the goal of life, of realising oneself.

Specifically, within Atma Kriya Yoga, it is the Satguru, Paramahamsa Sri Swami Vishwananda, who can look at a person’s past karma and determine what is good and bad. Paramahamsa Sri Swami Vishwananda and Mahavatar Babaji, by their Grace, will hyper-activate what is important and burn what is not important. The good karma that remains will bring to you experiences or opportunities that will help you on your spiritual path. The bad karma that needs to be burnt or transformed, is what bends reality and takes you away from spirituality.

In yoga, we talk about the subtle pranic body, the pranayama kosha. It has a network of energy channels or nadis and the chakra system.  There are at least 72,000 nadis. One in particular, the brahman nadi, is where the karma of past lives is stored. Only great yogis like Mahavatar Babaji and Paramahamsa Sri Swami Vishwananda, can effortlessly enter the brahman nadi and purify it. However, because of the Shaktipat initiation given in Atma Kriya Yoga, when you practice the Main Kriya technique, they enter your sushumna nadi and brahman nadi for you to satisfy those karmas which have affected you for lifetimes and lifetimes, so that you can attain self-realisation with greater rapidity, due to their Grace.

The Shaktipat initiation is given at the end of the Atma Kriya Yoga course.  It’s when Mahavatar Babaji, the great Guru of Gurus, gives himself and the entire grace and blessing of every Master from the Kriya Yoga lineage to the student. That is the spiritual helping hand of hundreds of realised Masters, going back 5,000 years.  Paramahamsa Sri Swami Vishwananda says that there are literally souls waiting to incarnate on earth to receive this blessing so that they can finally receive this grace to realise themselves.

Very few spiritual Masters that are alive today, have the ability to give Shaktipat to their students. Paramahamsa Sri Swami Vishwananda was born with that ability. By the permission of Mahavatar Babaji, He was allowed to transfer His Shaktipat into every Atma Kriya Yoga teacher that He has initiated. Today there are over 300 teachers in over 40 countries. As Atma Kriya Yoga is the most complete Kriya Yoga system that has ever been taught in the world before, it will ensure that this yoga system, which is one of the fastest ways to realise yourself and attain Divine Love, will spread far and wide. It has been planned this way by Mahavatar Babaji and Paramahamsa Sri Swami Vishwananda because it is what the world needs right now. Mahavatar Babaji has given different yoga system at different times over the millennia to help man realise himself. In this time, his primary vehicle is Atma Kriya Yoga.

The Shaktipat is incredibly powerful, far beyond our ordinary human understanding. As Paramahamsa Sri Swami Vishwananda says, “Even great yogis long for this initiation.”  It is impossible to fully explain Shaktipat, as it is the Lord himself coming, surrendering to the student and activating certain things. Every person’s experience is unique. We can’t say you will have this or that particular experience.  The seed of God-Realisation is planted during the Shaktipat initiation by Mahavatar Babaji via the teacher, which then grows when you practice. The energy released during Shaktipat also activates and unlocks the Divine light in your chakras. Deep inside each chakra dwells the Lord Himself. He is your soul’s Divine light. During Shaktipat initiation, this Divine light is unlocked and so the chakras already begin to work at a higher frequency.

One is left wondering, how can I deserve something so great as Atma Kriya Yoga and Mahavatar Babaji’s guidance? But this is only possible by the Grace of the Satguru and God. The Satguru is closest to the Paramguru, Mahavatar Babaji. He is the bridge.  Grace is given by the Satguru out of love, compassion, and an understanding of what the student needs. This involves looking beyond the previous actions or personality imperfections, to give the student the support and help that they need. Only Mahavatar Babaji and the Satguru can gauge if you are deserving or not, as they know you, all your past actions and your spiritual potential.

Mahavatar Babaji and Paramahamsa Sri Swami Vishwananda are making Atma Kriya Yoga available to everyone out of their mercy. Whereas Mahavatar Babaji may seem inaccessible, Paramahamsa Sri Swami Vishwananda is a living Master in Germany near Frankfurt. He is available to every sincere spiritual seeker and you have the possibility to not only receive Atma Kriya Yoga, but to deepen your spiritual connection with Him as a Master and Satguru, through a guru-disciple relationship. This means formally taking him as your Guru. Although this is not a pre-requisite for receiving Atma Kriya Yoga and Shaktipat initiation. He is the fullness of Atma Kriya Yoga and that it is a fascinating prospect when you can directly interact with someone like that and be initiated by him as a disciple.

I took such a devotee initiation 11 years ago and it is the single most important and profound step I have taken on my spiritual path. Everything has changed since then, knowing the He is always looking after me and guiding and steering me through the maze of life and in the direction of the goal of yoga and the goal of life. Paramahamsa Sri Swami Vishwananda and Mahavatar Babaji silently guide us in every moment, of our actions and thoughts, so they may begin to attune to our own divinity or soul. That is the reason why Paramahamsa Sri Swami Vishwananda has chosen to incarnate on earth, to help you realise yourself and the purpose of taking a human birth. He has chosen to play this role of the spiritual Master, not out of a karmic reason because He had to re-incarnate, but out His own mercy and free will, to liberate others in the same way that He is liberated and free. That’s the grace of the Satguru!