Some scientific results about OM Chanting 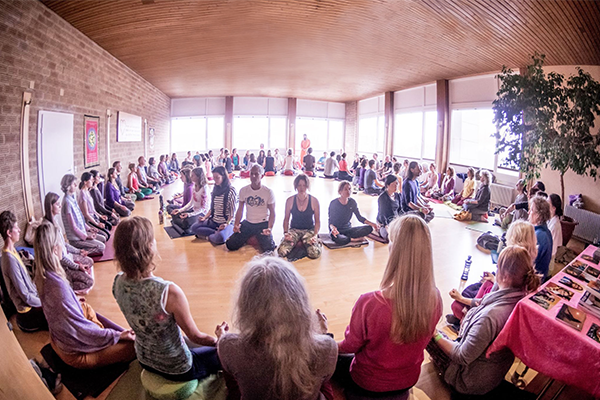 One OM Chanting participant from one of Slovenian OM Chanting circle made a scientific test before and after the OM Chanting session and send me the results.

Here is his report:
On Monday, November 12, 2018, seven volunteers participated in a test that showed the impact of OM Chanting on their energy field. We used GDV technology that works on the Kirlian photography principle.

COMPARISON OF ENERGY DISTRIBUTION IN PARTICIPANTS BEFORE AND AFTER OM CHANTING

The orange area between the two black circles represents a lower value of energy in our bodies. All seven participants (each color of the curve represents another person) had before the implementation of the techniques part of the curve in this area, which shows the energy deficit in a certain part of the body (left picture). After a 45-minute session, we recorded new images of their states, which is the picture on the right. It is more than obvious that curves have almost completely vanished from the low-value area. In other words, after OM Chanting the energy state. In other words, after OM Chanting the energy state of participants was higher as it was before the session. Average value of energy before OM Chanting was 34.8 units, and 42.1 after the session. On average, energy has risen by 21%. In comparison, after one hour of yoga exercise, energy level increased by 16%.