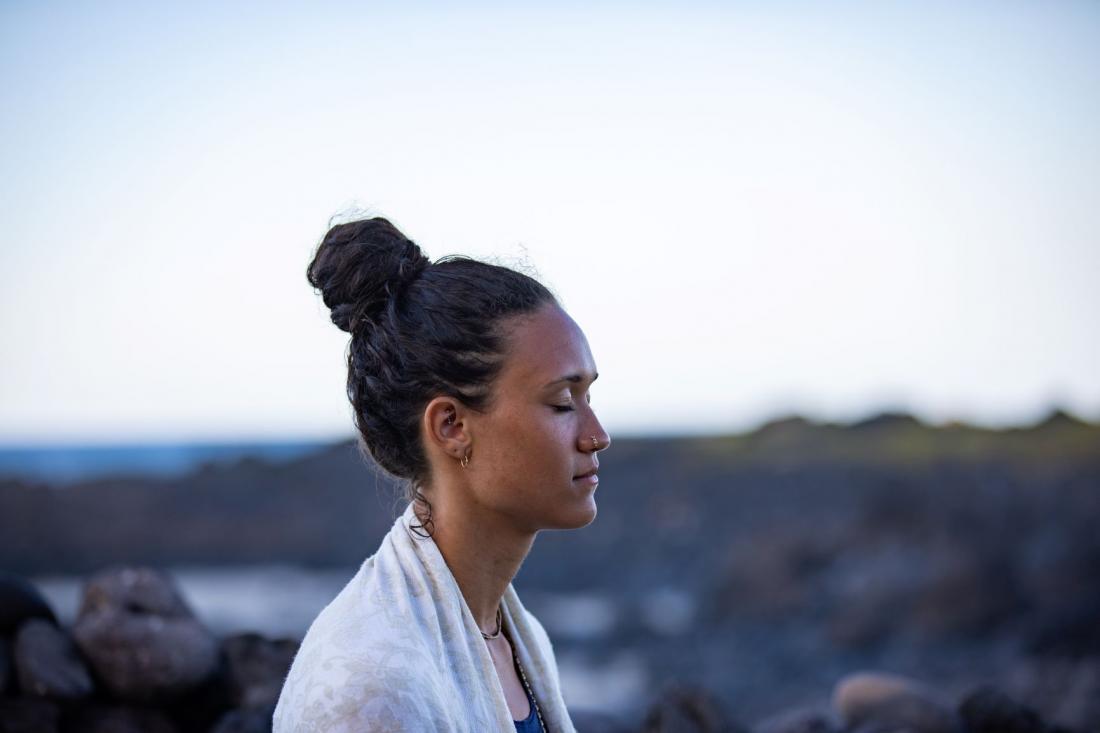 Since I started practising Hatha Yoga as a young teenager I knew there was something deeper than these wonderful yoga postures I fell in love with. I knew I was going to learn to meditate and I knew that I had to wait for it to come to me. It was years later when I was 22 years old that the topic of meditation came up again. I was about to graduate from university and felt dispirited with what I was studying but also felt I needed to complete the degree, so I did. To help me through the dark dismal winter days of university life in London I also did my Hatha Yoga Teacher Training which resonated profoundly within my core. It was also during this year I had the urge to travel to India. After some research, I decided to do some volunteer work there once I graduated. I then met a monk who had some work for me and in our discussions, he suggested I learn meditation. He was aware of my daily yoga practice and told me, ‘Hatha Yoga cleanses your body front he outside in but meditation cleanses you from the inside out.’

This fascinated me. I did not do yoga to cleanse. I did it and still do because I love it so the cleansing aspect I had never thought about. However, his words drew me in and over the years I learned a couple of meditation techniques but it was not until 2008 when I was initiated into Atma Kriya Yoga that I truly felt this internal cleansing.

The four years that lead up to me being initiated into Atma Kriya Yoga were stressful years. My father had a number of health complications and spent a great deal of time in the hospital before he finally passed away. He and I were close. I am the youngest of four children. My parents were older than the average parent when I unexpectedly popped into the scene. My father was retiring from work when I was only seven years old, which meant we had a lot of quality time together. His deterioration, and also that of my mother’s health too, had a dramatic impact on the dynamics within my immediate family, and in reality the only family I had. I was incredibly emotionally involved with my parents during these years and was not coping very well with it. There were tremendous shifts within my family, as well as my professional life and a breakup with my partner. Everything broke down. All that I was attached to showed me its impermanence and what a gift it was.

Everything broke down. All that I was attached to showed me its impermanence and what a gift it was.

A month or so after my father's death the opportunity to learn Atma Kriya Yoga came about. Now I can see how those first few years of intensive practice were internally cleansing me, removing the attachments I had.

During my practice, I could physically feel intense energy moving around and in me and often this tremendous force that I couldn’t control was uncomfortable. I found it difficult to keep my body still. It was as if it was pulling out roots that were densely entwined within me. It was unnerving at times and made me acutely aware of physical sensations around my body and how the pain from past emotional experiences, be it in this life or a past one, can get trapped in the body. It felt like my Atma Kriya Yoga practice was cleansing deep within bringing what I no longer needed to the surface so that I had to consciously let it go. There were massive shifts in my life which were actually painful and the need to confront difficult situations. One of the many things I realised was that I was able to support and care for my mother without the emotionally draining attachment that existed before.

Now quite a few years later I can still feel this internal cleansing. Sometimes it's tumultuous like the early days other times it is effortless and more obvious the Kriya Yoga Masters are doing it all but always I finish my Kriya in a state of gratitude and deep love and I have no doubts it has helped me through the years to detach from attachments.\

Due to our current climate right now all around the world, we have people connecting via online platforms to do daily sadhana practice together. This is the perfect opportunity to delve deep into your sadhana with the love and support of our worldwide community.

Click here to get our newsletter containing our online offerings and updates on the blog.