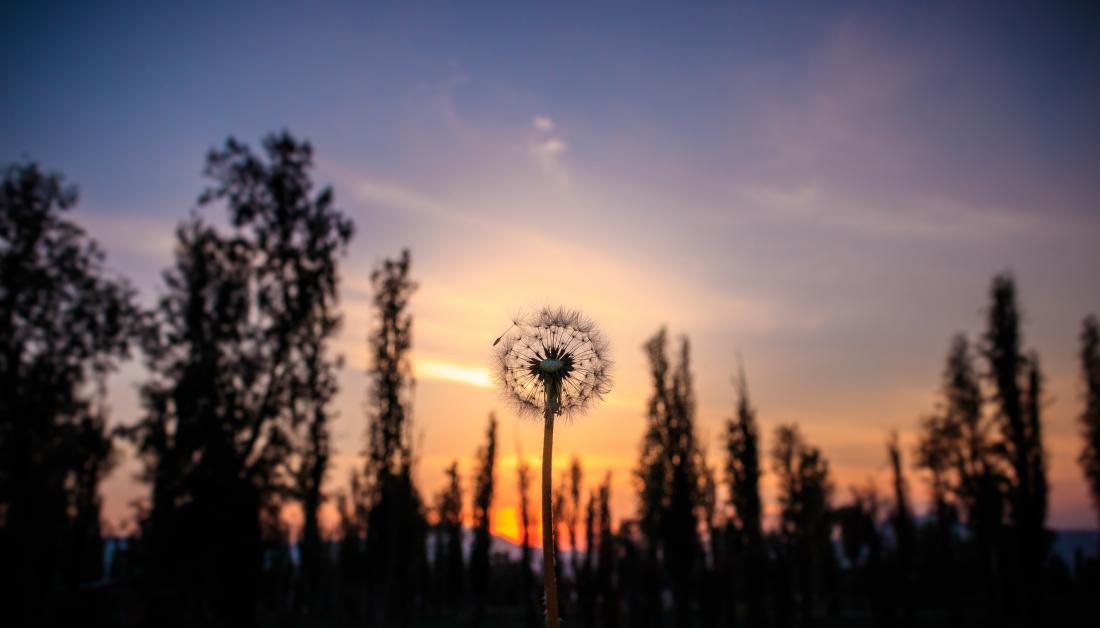 I first learned mantra meditation back in 2006 when I was going through one of the worst periods of my life. I was at university studying to be a midwife – an intensive course of study, overwhelming by itself. Within the first few weeks of starting my degree my father had a stroke and had to spend a number of weeks in the hospital. It also became evident that my mother was suffering from the early stages of dementia. I would spend all week cramming in lectures, study and practical hours and then would dedicate my weekends to visiting my parents, spending time with my dad in the hospital and helping my mum with various chores around their house.

A month or so after my dad was released from the hospital, I was spending the weekend at my parents house and saw my dad having another stroke. I went with him in the ambulance to the hospital. I didn’t realize it at the time but I went through that day and following few weeks in a state of shock and consequently suffered from PTSD.

I had a very difficult few years of trying to balance university and caring for my parents. My mother was suffering from memory loss and my father was unable to do the simple things in life he enjoyed pre-stroke. Basic things we take for granted like reading, writing, listening to the radio and even talking had become difficult or impossible. Although I was practicing hatha yoga daily I was suffering with them. Being introduced to mantra meditation about a year and half into the whole situation changed everything.

The hatha yoga helped to keep me physically fit but the mantra meditation was a whole new level of self-care. I had these two slots of time during the day, morning and evening, where I was completely still and my whole physiology got to rest deeply. I felt happier, more able to deal with all that life was throwing at me and started to see the situation I was in more clearly. I became able to make decisions that were true to me and ended up leaving university to become a full time yoga teacher. I started becoming more aware of family dynamics which allowed me to gradually step back from being the main caregiver for my parents and allow my older brothers and sister to take on some responsibility too.

Mantra is a Sanskrit word that essentially means protection of and for the mind. Mantra uses the vibrations of sanskrit words to awaken and manifest positive qualities such as acceptance, compassion, courage, peace, and love. They take us out of the confines of the mind into deeper states of consciousness and it is in these states that we are truly aware and present in the moment.

My mantra meditation showed its extraordinary power again just after the birth of my second son. I went into labour during the night but because I didn’t want to disturb my husband and two-year-old son I spent the night in the bathroom trying to deal with the contractions as quietly and peacefully as possible. When it got to 9 o‘clock in the morning we went to the hospital where I gave birth a few hours later. When my son was born I got to hold him for a few minutes before the paediatrician took him away for monitoring due to concerns about his breathing. Once he was taken away I was wheeled into another room which actually was just part of a corridor with curtains. I had not slept for over thirty hours, had just gone through a rather painful labour with no pain relief, had my perineum stitched up without any anaesthetic and I was left alone with no explanation of where my newborn baby was or even how he was doing.

Being in the situation I was in, lacking the skin-to-skin contact that is so vital between a newborn and his mother, I could have been anxious, worried about the health of my newborn, concerned about my two-year-old son who was spending his first day away from me since he was born. I could have been consumed with pain as my body had been through a great deal. I leaned into the support of a mudra and the mantra meditation Paramahamsa Vishwananda initiated me into. I felt a deep sense of peace and knew everything was fine. Maybe less than an hour later my baby was brought to me perfectly healthy.

Within Bhakti Marga Sadhana, the use of mantra is consistently present. If you are new to meditation, Project Mantra is an excellent place to start your mantra meditation journey. It is a guided program that helps you gradually build up an easy, yet powerful daily practice over a 40-day period. It is a simple but effective tool to quieten the mind, open the heart, and create a positive habit. For those of you who are already initiated into Atma Kriya Yoga or have learned Simply Meditation never underestimate the potency of your japa practice. It can transform your life and improve any given situation. You can do it anytime and anywhere. It truly is a gift from God.